Bharti is popularising the culturally rich Rajasthan across the world and carrying ahead the rich legacy of India. He is building bridges of friendship between countries through his music and dance. Bharti with his band performs for almost 8 months around Europe and in the world. Rahis Bharti’s ‘Dhoad Band’ is busy performing around Europe and the world. The band has been invited to perform at many international music festivals. The people across the world love Dhoad Band and they see the rich Indian culture and tradition in the performance.

Bharti and his Band are frequently invited to perform. The band will be performing from June to September at Sziget Festival in Budapest (Hungary), which is one of the largest music and cultural festivals in Europe; Saint Tropez in France; Delta Festival at Marseille; Lyon Gypsy Festival in France , indian summer Festival Almera , Netherland , Peta Festival , Belgium , world music Festival bologna , Italy and Transform Festival in Norway. It will also take part in a music programme in Germany.

Bharti said, “The Dhoad Band will be performing on the National Day of France on July 14, in which a delegation from the Embassy will attend. The Dhoad Band will be celebrating India’s 75 years of Independence Amrit Mahotsav in various cities of France and also in the biggest European festivals.” Ambassador of India to the Republic of France Jawed Ashraf will be present in Saint Tropez on August   19, 2022, he added.

Bharti is popularising the culturally rich Rajasthan across the world and carrying ahead the rich legacy of India. He is building bridges of friendship between countries through his music and dance. Bharti with his band performs for almost 8 months around Europe and in the world.

“My objective is to bring local artists and dance forms of Rajasthan to the international platform and get them recognition. I want to preserve and popularise the traditional folk music worldwide and is appreciated all over,” Bharti added. It is great that people around the world like Indian music especially Rajasthani folk music and dances.

Recently, a book written on Bharti was released at the Paris Book Fair. Martine Le Coz, the author was so impressed with Bharti and his band that she decided to write a book on him. She said that it is another way of getting connected to the very old and generous Indian tradition by meeting Bharti and members of Dhoad band.

Since childhood, Bharti had a great liking for the folk music of Rajasthan and he had dreamt big to introduce Rajasthani folk music to the entire world. Today his dream has translated into a proud success story, as the world eagerly waits for his performance. He has struggled a lot to make the people of the world know about the culture and tradition of India and Rajasthan.

Hailing from Dhod village in Sikar district of Rajasthan, Bharti 22 years ago went to Corsica in France and set up his band named ‘Dhoad’. He took the Rajasthani folk music across the world single-handedly. As he had witnessed poverty from his childhood, Bharti decided that he would do his best to empower the folk artists of Rajasthan and give a lot of opportunities to hundreds of folk artists to perform abroad.

He said, “My aim and mission is to preserve Rajasthani art and culture and to bring it to a larger audience worldwide. If I can do this, then there is a hope for the artists to continue their tradition of music, dance, singing and instrumental and can present at the best place in the world.”

Bharti said, “My life is completely dedicated to music and art and I am serving my India by taking the Indian art and culture from town-to-town and door-to-door." After every performance, hundreds and thousands of people want to see India. They see the colourful dance and listen to folk music, which forces them to visit India. He said that after every performance, he invites people to travel to the beautiful and colourful country and witness the rich Indian culture, tradition and heritage.

In the last 22 years, Bharti and his Dhoad Band is the only single band from Rajasthan who is bringing this art and culture for around 8 months in the world. The band has performed in more than 2500 concerts and shows in over 120 countries. He has provided an international platform to more than 700 local artists from Rajasthan and empowered them.

It is to be mentioned that the Dhoad band in the past has performed in Olympics 2004 in Athens, in the Welcoming Ceremony of Prime Minister Narendra Modi in Paris in 2015, Queen Elizabeth II’s Diamond Jubilee celebration in London and Formula One in Singapore.

Nasha Mukt Bharat Abhiyaan Run on the occasion of International... The content on TV has evolved and gone are the days of saas-bahu sagas, and Keerti... The Government of India (GoI) has been relentlessly working to inspire the youth... 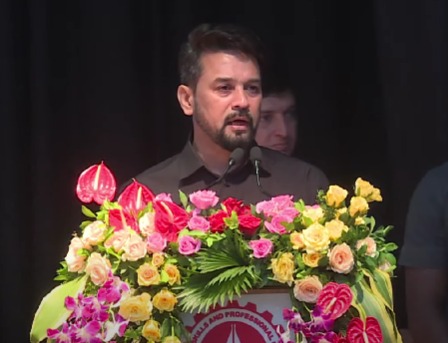 The Minister said the radio, film and entertainment industry has a huge employment... 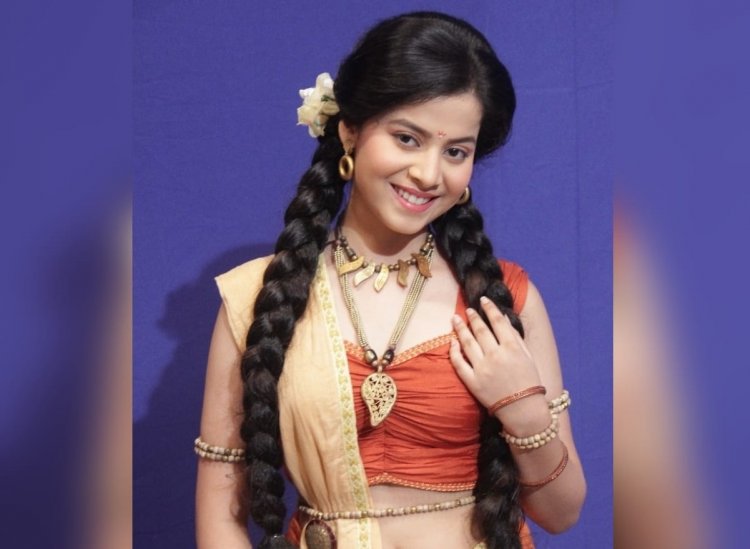 The story will present how Anusuya helps her get married and how Baal Shiv will... Karthik is capitalizing on this opportunity brilliantly. In the fourth T20 match...